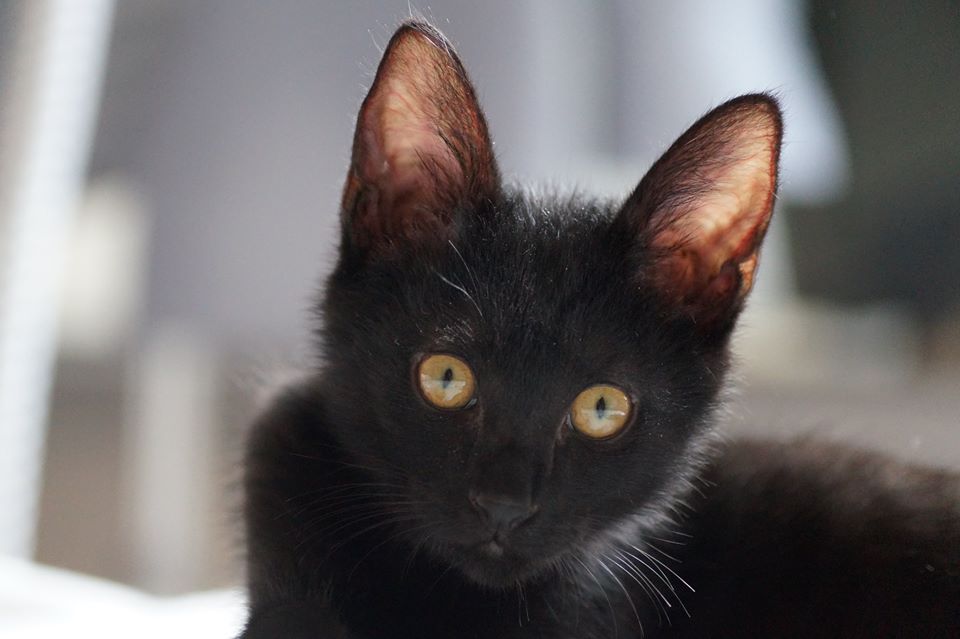 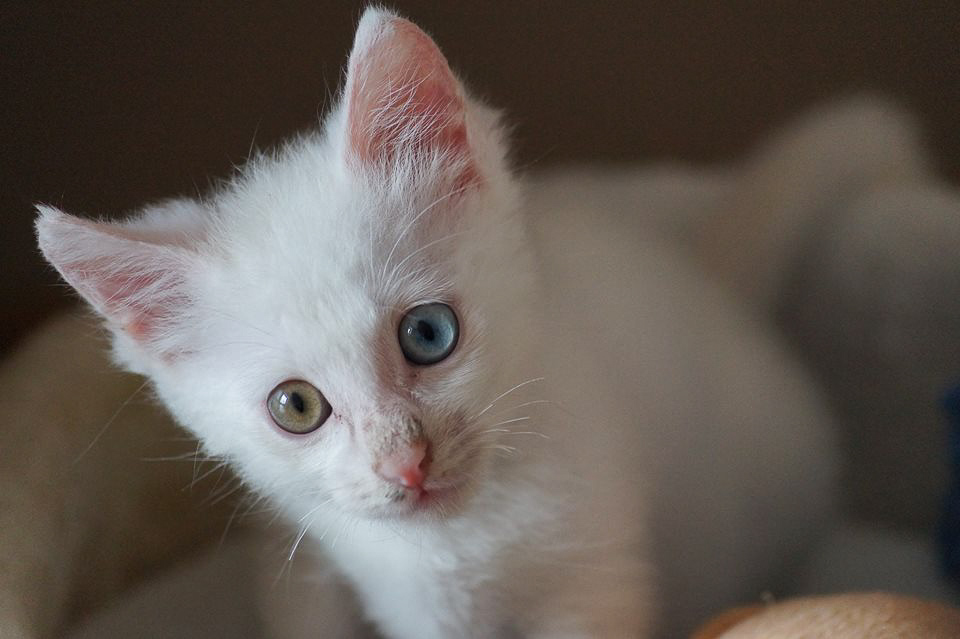 If you've been reading the blog for a while, you've probably cottoned on to the fact that I like cats.  A Lot.  My husband and I have two cats, Snowball and Sooty. They were both found at a few weeks old wandering the streets of Shanghai (or in Snowball's case, spread on his tummy in the middle of the road, waiting to be rescued), and we adopted them after just a couple of weeks of living in the biggest city in the world.

My husband had never owned a pet before our cats.  Not even a hamster.  I'd grown up with a series of dogs, hamsters, gerbils, rabbits, chickens and stick insects, and was full on 'Team Dog'.  I may even have gone so far as to say that I didn't like cats.  But when a colleague told me on my second day in my new job at a Primary School English Teacher in Shanghai about the tiny white kitten her daughter had found, I said yes before i'd even seen a picture of him.  Two weeks later, a different friend asked if we would like a black cat to go with our white one, and the very next day we picked them both up.
(Side note hilarious story... One of my year 4 students was asking me about my cats.  She asked me how many I had and when I said two, she looked really disappointed.  I asked her why that was bad, and she - no word of a lie - answered that I couldn't be a crazy cat lady because I only had two cats, and could I please get another one, so that I could be a crazy cat lady!)
Anyway, now, pet photo sessions are one of my favourite things to do.  Cats have so much personality, and it all comes across in their portraits.  If you're willing to spend some time with them.
Here are 5 lies you may have heard about cats, and why they just aren't true!

1: Cats don't like cuddles.
Cats are literally the friendliest animals on the planet.  Sure, I guess there may be the odd grumpy one who doesn't like being touched, but every cat i've ever come across has been super cuddly.  My Snowball lays on his back in my arms like a baby, while I tickle his tummy.  Sooty doesn't tend to get on your lap, but he sits very close to you and purrs SO LOUD! 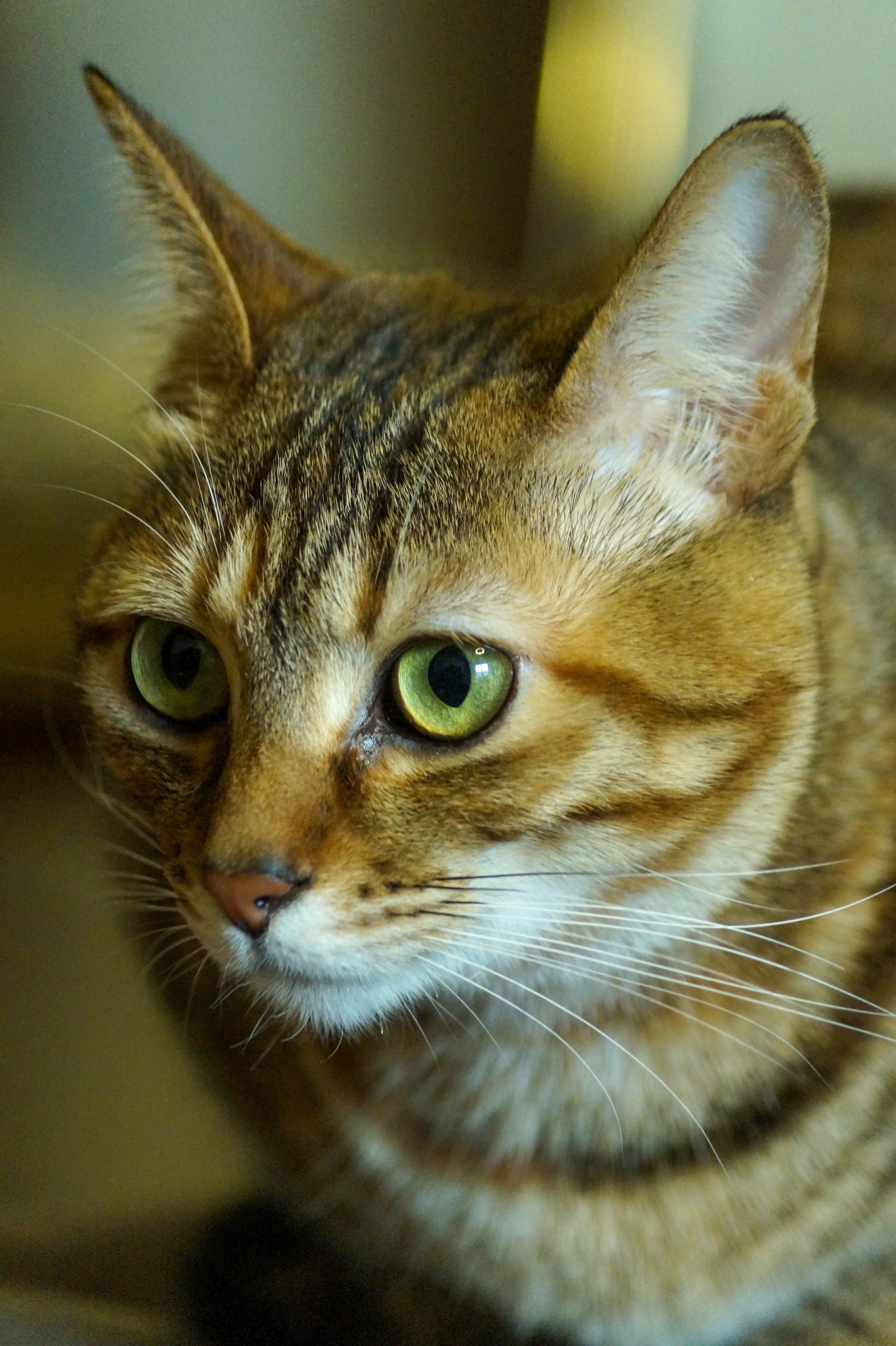 2:  Adult cats aren't playful.
This is such a huge whopper of a lie!  Last week, I spent a good half day building a cat fort out of cardboard boxes.  Yes, it was an excellent use of my time, thank you very much.  There are 5 boxes that all connect together on different levels, with air/light/swipe-as-you-walk-past holes in strategic places.  Last night, I spent a good hour playing with Sooty and Snowball in and around the fort. They think they are excellent at hiding.  Sooty, to be fair is pretty good - an advantage of being jet black.  Snowball is so white he is almost glow in the dark, yet he thinks he is extremely stealthy.  Hilarious! 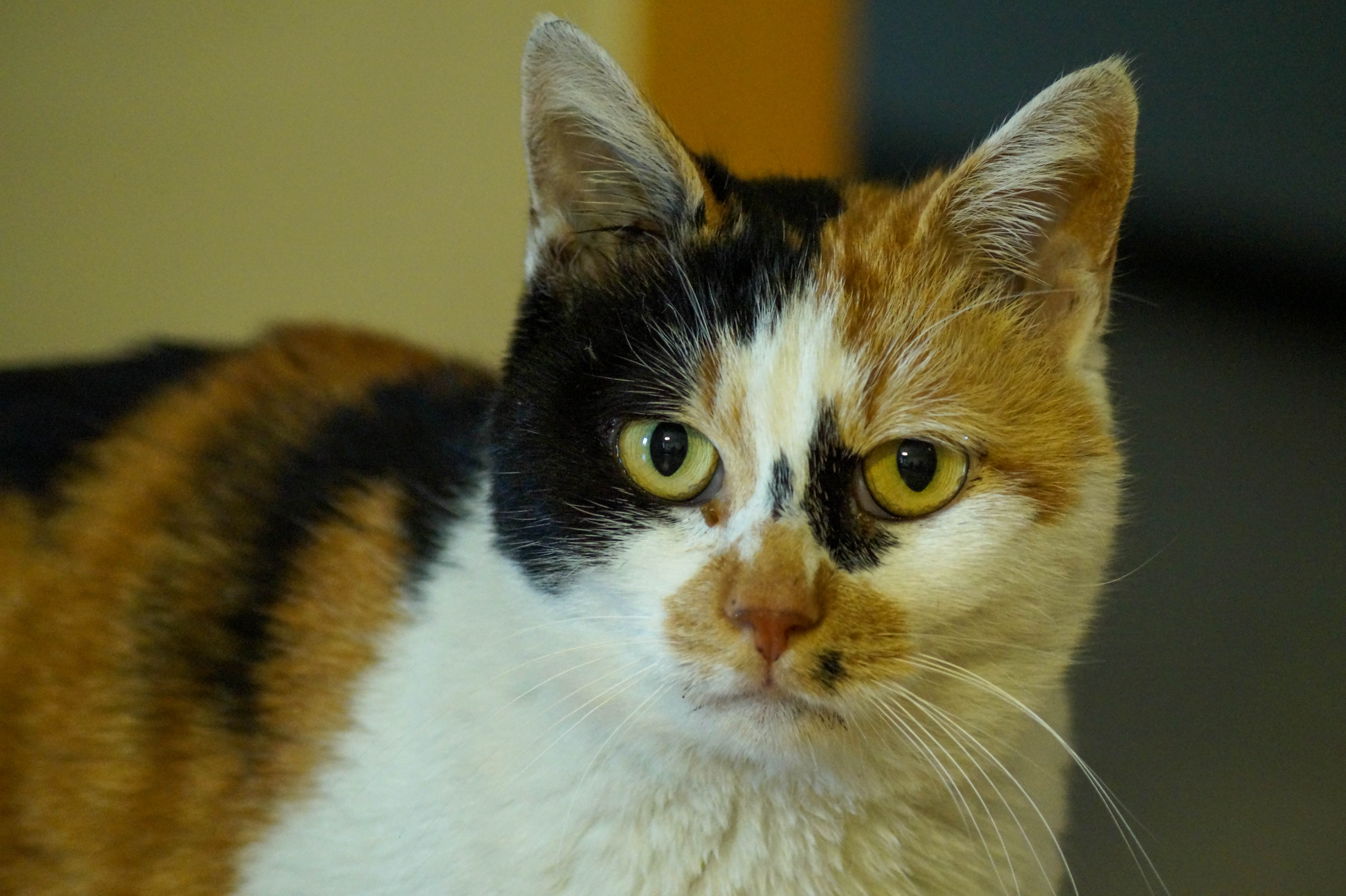 3:  Cats can't be silly.
Everyone seems to think that cats are aloof.  This is clearly a lie - I mean, you read the story about the cardboard box fort, right?  My cats make me laugh every single day.  What's not to laugh about when a furry little creature chases a hairband or piece of wool.   Even better is that they sit on everything, even when you stick four pieces of masking tape to the floor in a square and it takes all of 30 seconds for one of the cats to come and sit in the middle of it! 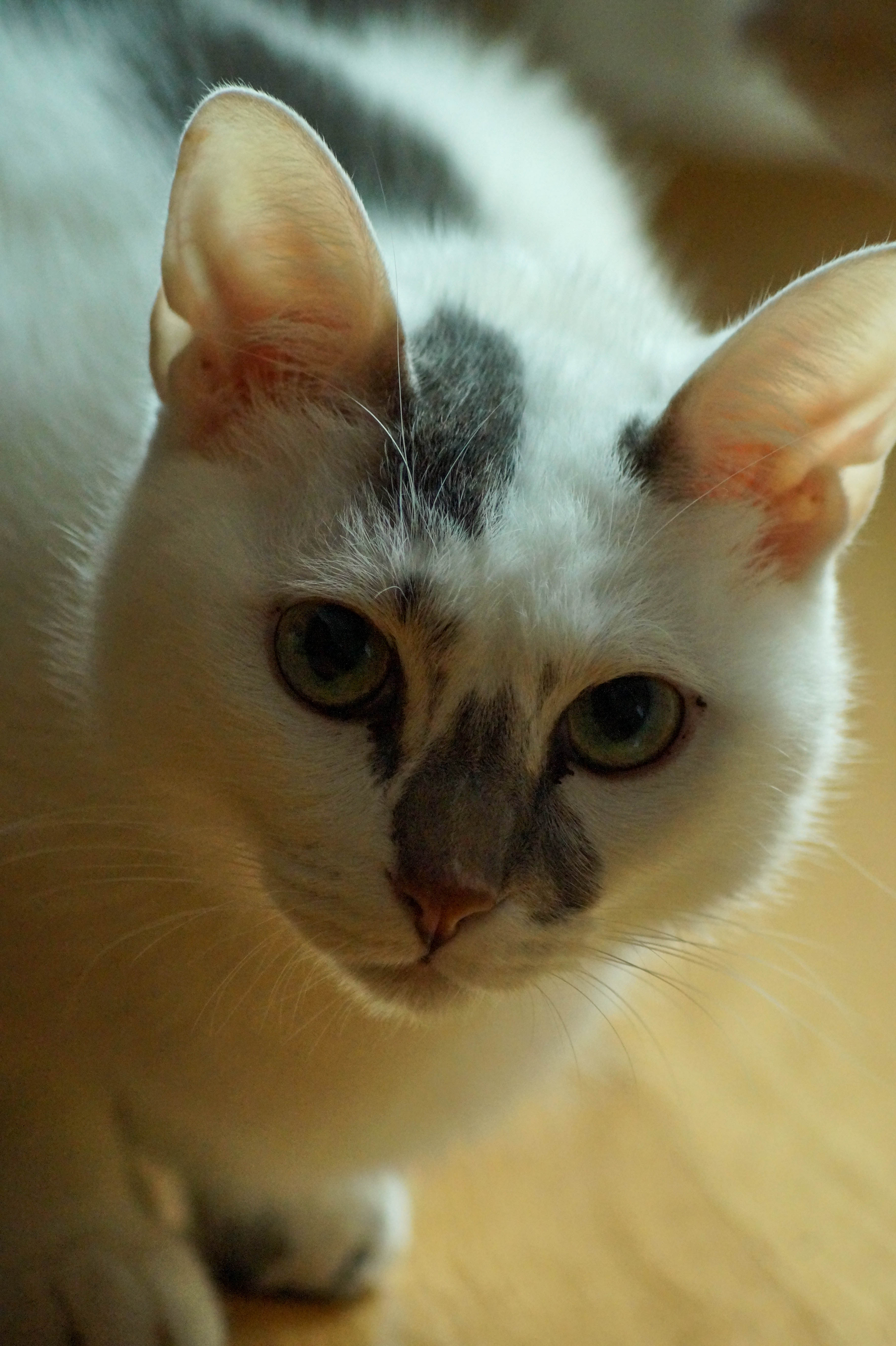 4: Cats don't care if you're sick or upset.
Sooty very rarely sits on your lap.  He likes to be close to you, but not actually on you. Except when you're sick.  Then he wraps himself around your neck like a scarf, or lies across your chest to keep you warm.  If i'm ever feeling upset, the cats come to see what's up, and purr and cuddle to cheer me up.  They are so intuitive.  I really believe that pet therapy is one of the best things ever.  There is so much strength and love in animals and they just want to share it with you.  I think this goes for dogs as well as cats. 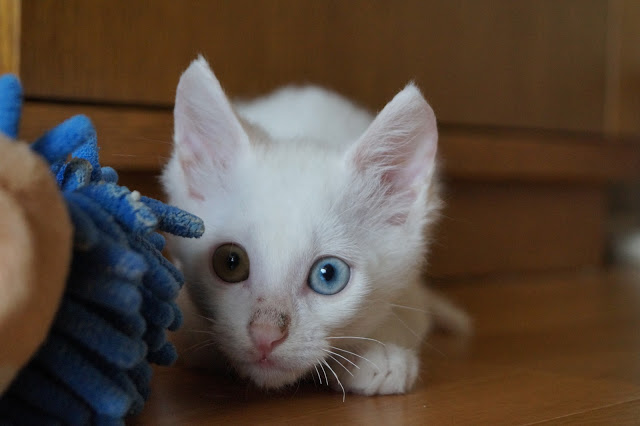 5:  All cats are antisocial
I think i've made it pretty clear already that I think this is a complete lie! Although, sometimes, Sooty is so ridiculously antisocial it makes me laugh out loud.  Sometimes, i'll go over to him to give him a tickle.  He will put up with it for about 3 seconds, before he stands up, moves literally an arms length away from me, and sits down with his back to me!  And i'm like, well that told me!  Seriously though, most of the time, both of my boys love spending time with us, even if it's just nearby, or in the same room.
Cats are wonderful creatures, put on this Earth to bring happiness and joy to our lives.
They are just as much a part of your family as anyone else, so next time you're thinking about a family portrait session, why not include your pet too! 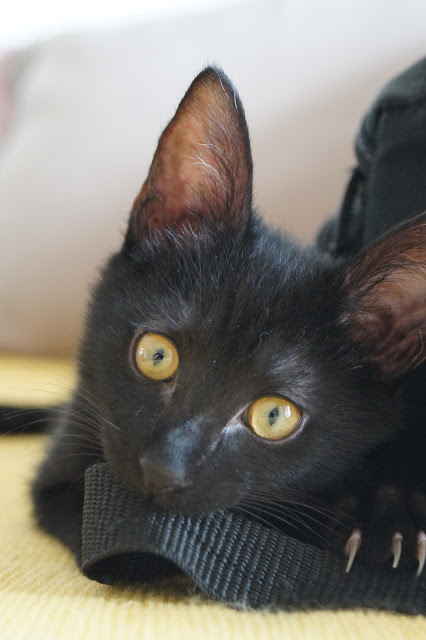